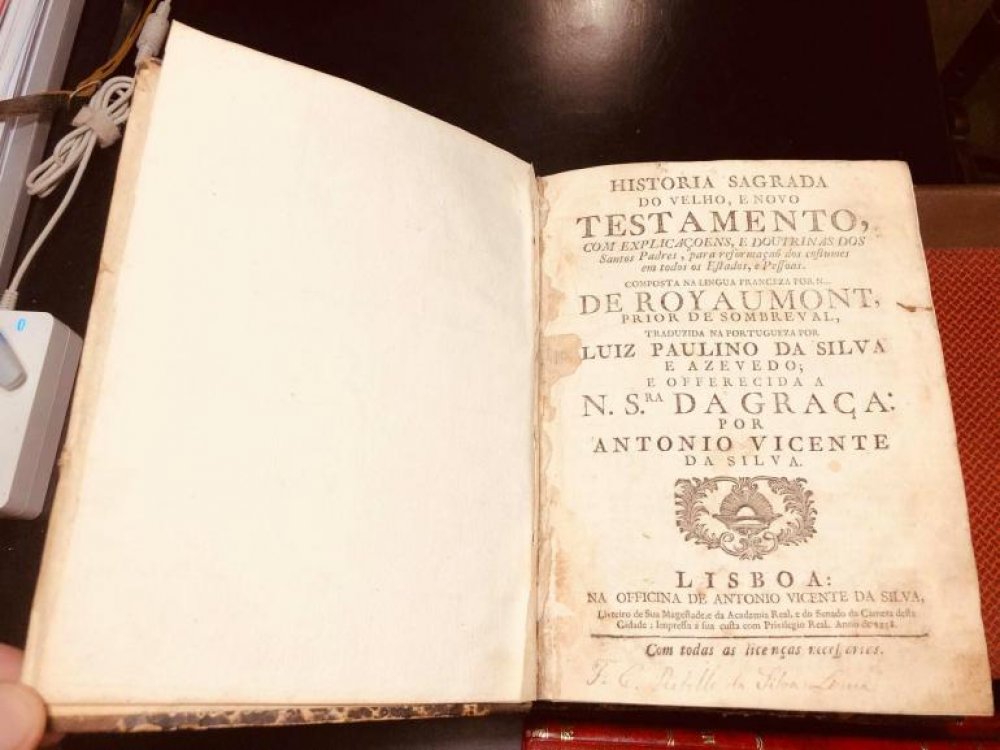 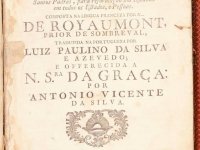 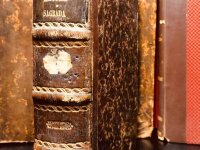 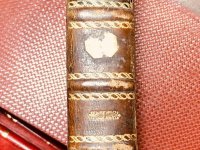 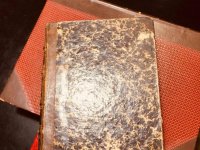 Until 1859, the year in which Charles Darwin published the book “The origin of species” ”and radically changed biology with his Theory of Evolution, history was told in the light of biblical texts and, therefore, with a vision of the Earth and Man .

The original work dates from 1745. It has explanations and doctrines of the Holy Fathers for the reform of customs in all states and people: Composed in the French language By N…. de Royaumont, Prior de Sombreval.

This book, a third edition, dates from 1758, the year of the extremely brief Távoras Process and under the leadership of Prime Minister Sebastião José de Carvalho e Melo, led by Luiz Paulino da Silva e Azevedo. Another note to consider is the printing workshop where the work was printed and covered. This is the Officina de António Vicente da Silva, who at the time was a bookseller at the Royal House of D. José I. This particular work was an offer to N. S.ra da Graça for the bookseller

20x14.5 cm. with 503 pages. All season leather binding with brown label, nerves and gold irons on the spine. It had maintenance and restoration intervention on an unclear date.

Note: send by carrier (upon prior payment).